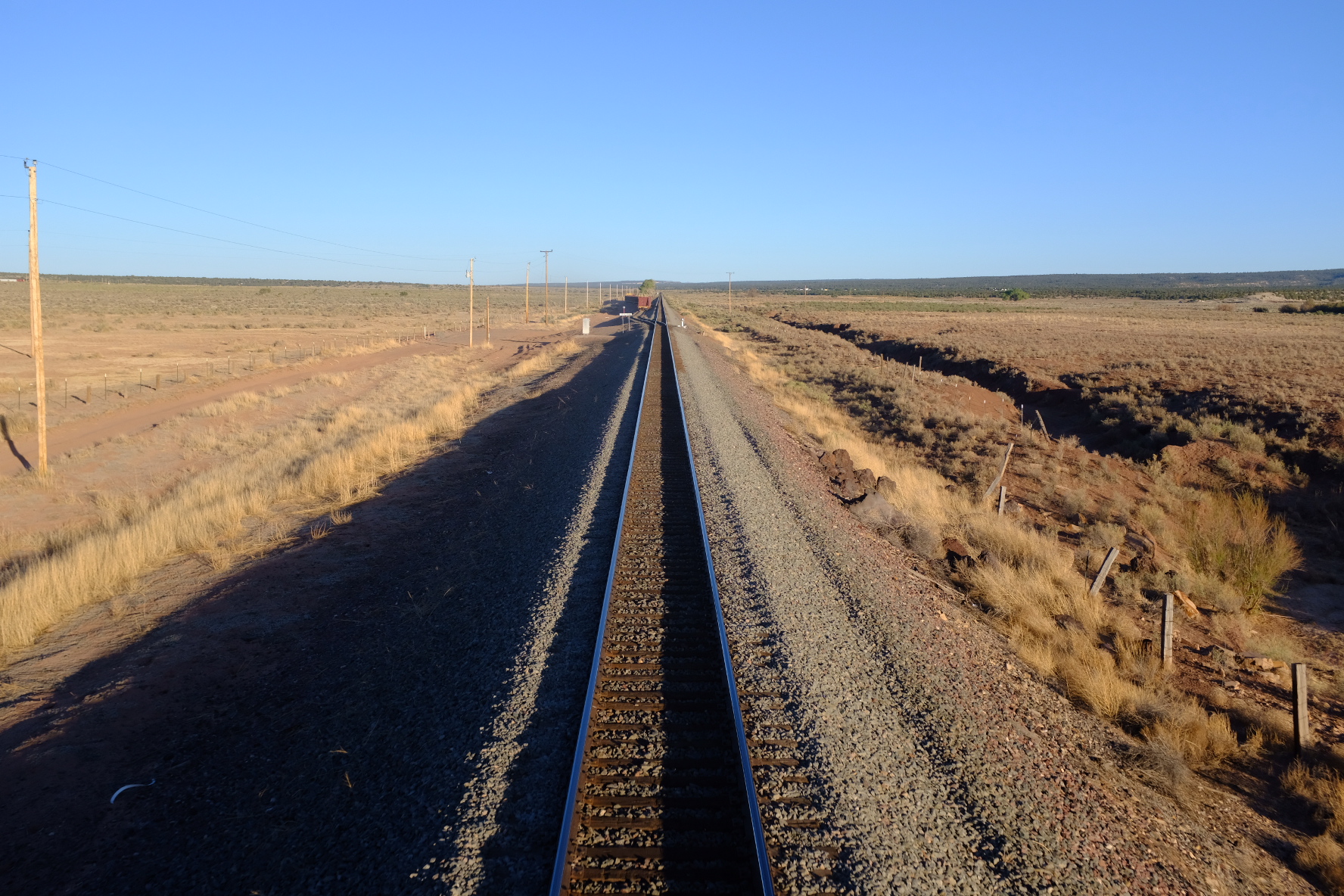 We haven’t even left the state of Illinois yet when we stop in the middle of a field of corn. A couple of passengers are antsy because we’re about to cross state lines and so the café has stopped selling alcohol or so I think. I can’t really hear the announcements which are a muted squabble that quietly echo around the silent coach class cabin where I’m seated. 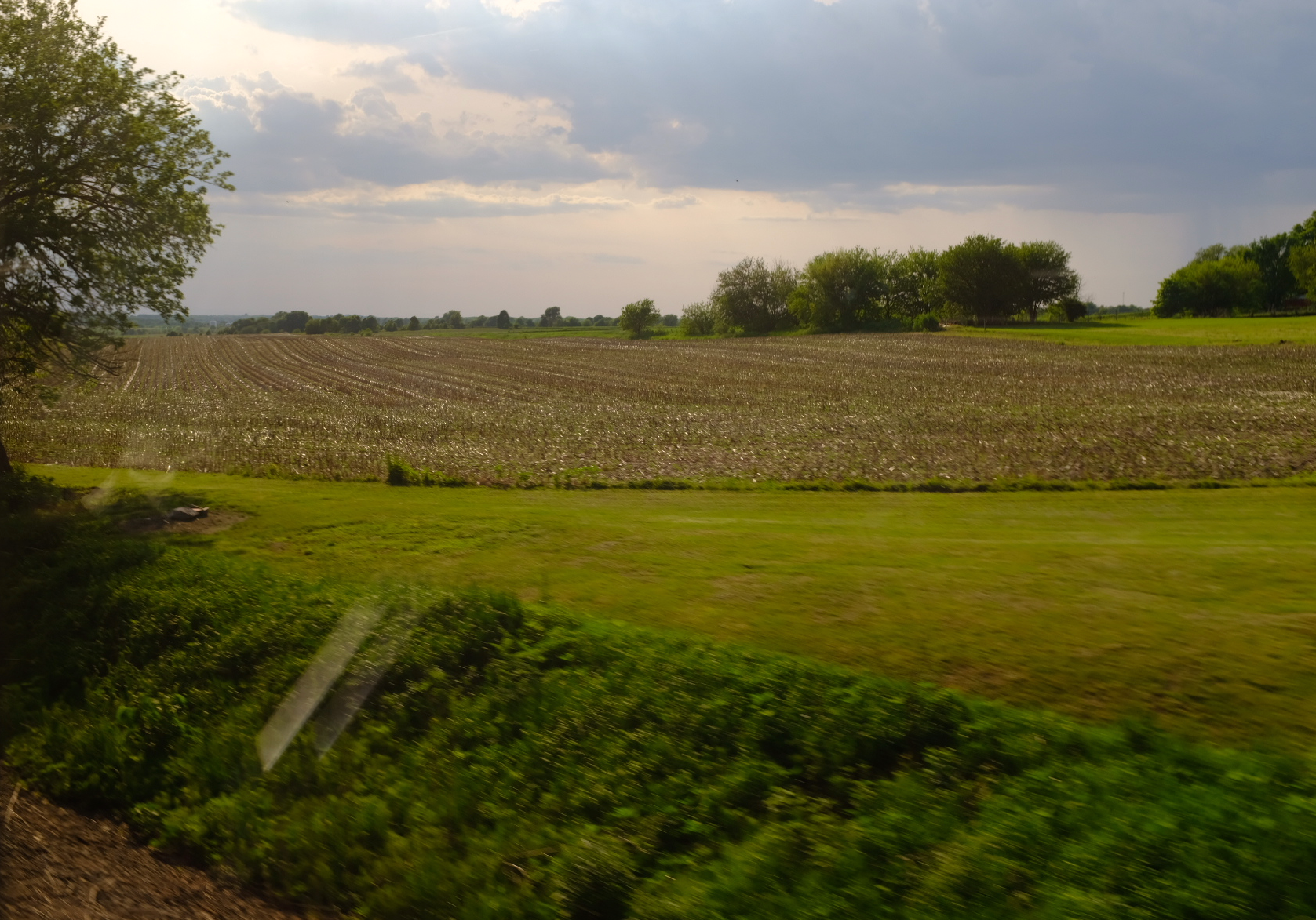 The engineer pops onto the tannoy. Through the garble, I make out that a freight train in front of the California Zephyr bound for San Francisco has derailed. The Zephyr needs to make it out West far enough that they can switch back to their original route. The engineer has radio’d out to Amtrak dispatch to determine what the course of action for us should be. In the meantime, we’re surrounded by cornfields. The engineer shuts off the diesel engine and the hum of the air condition disappears.

Now it’s just me in a reclining blue chair, other passengers and Amtrak staff, and corn sitting in silence.

Time dilates on Amtrak. Sitting in a cornfield in the dead silence, you have two responses. Those who are on a schedule are squirming in their seats, asking the conductor for delay estimates. Some of them are dialing their cousins, telling them that they might miss their connection and thus might not be at their weddings. Others are demanding refunds. 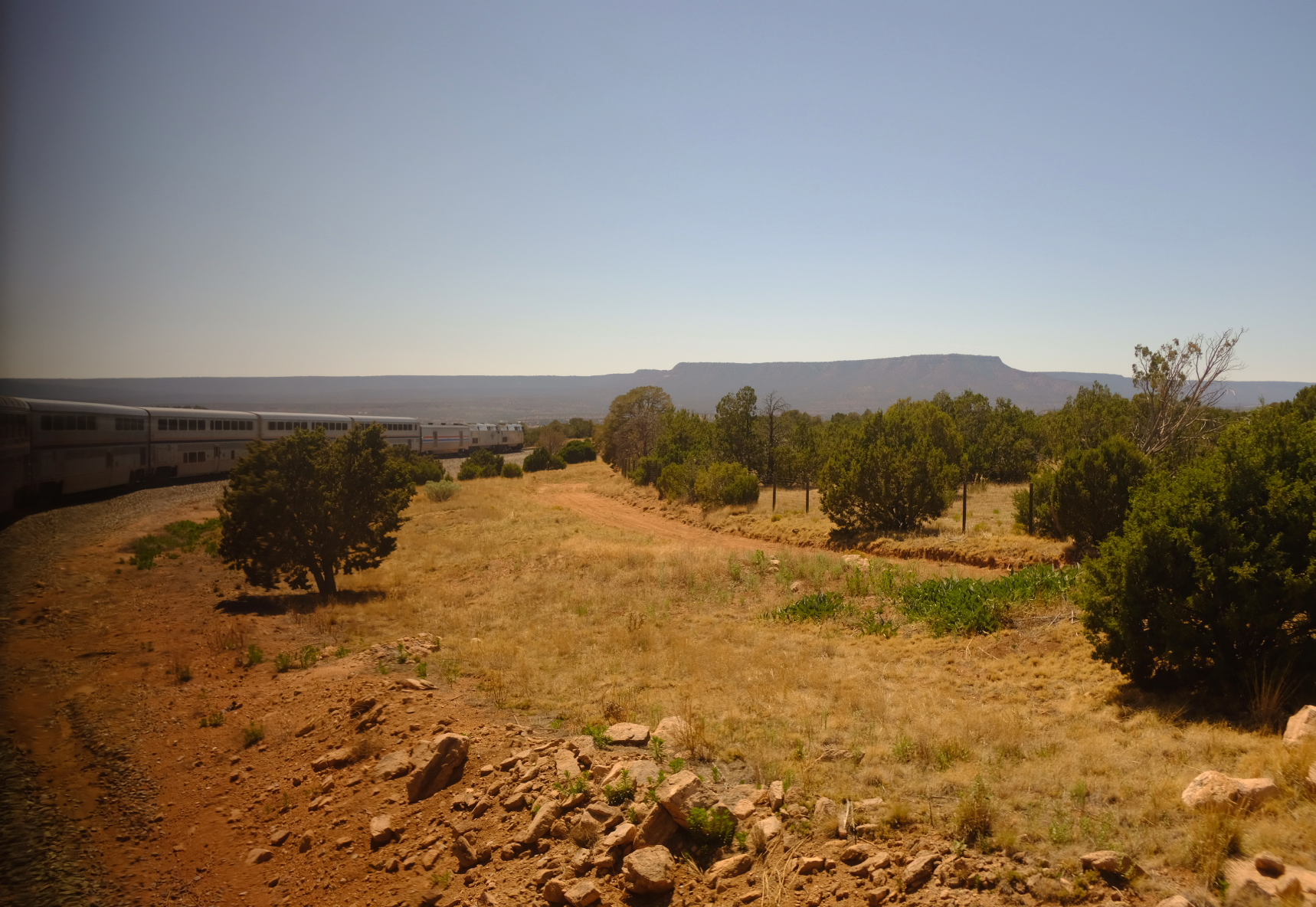 Those who are truly one with the train have learned the Dao of Amtrak. On an Amtrak train, let your commitments gradually slip gracefully through your fingers. Let your communication with your loved ones slip in and out as your train artfully cuts in and out of cell tower dead zones. At home, the trains are timed to the second. In America, to fight the will of the train is to go up against an immovable force. Your desperate cries at the conductor will not make the California Zephyr run on schedule. Your rage will not move the derailed box cars sitting on their sides in a ditch back onto the tracks. In America, to take the train is to learn how to yield to immovable forces in life. 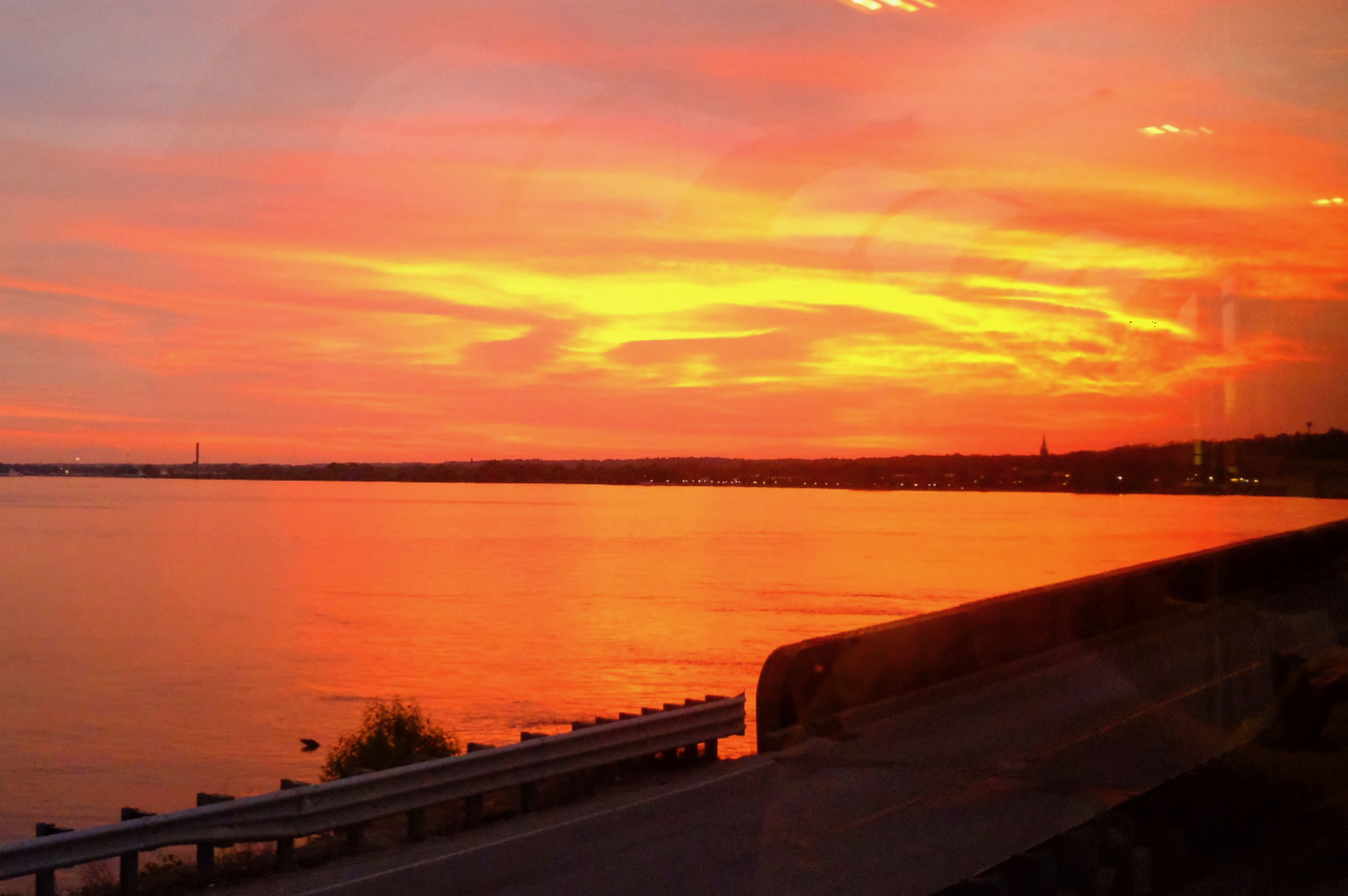 If you sit back in your chair, if you let your muscles relax on the blow-up neck pillow you bought at the ticket counter for way-too-much money, you might just learn the Dao of Amtrak. It’s okay. Maybe they’ll use the money they hustled from you to introduce Positive Train Control to the Northeast Corridor so the trains stop being deathtraps. If you slow down, you might just learn that your arrival time is just a mild, optimistic estimate. You might just learn to listen to your breath. You might just listen when the conductor tells you that the train is about to cross the Mississippi River. You might just look to one side and see the sun creeping below the horizon, predictable in a way your train schedule isn’t. You might just watch as the sun bathes the sky in a fire red, which the Mississippi faithfully reflects. As the natural light in the cabin dissipates, you put on your eye-mask, recline your scratchy blue chair, extend the leg rest, and settle down into a deep sleep.

It’s sunrise and I check my phone. There’s no reception, but I garner from the plains and the occasional tornado shelter that I am probably in Kansas. 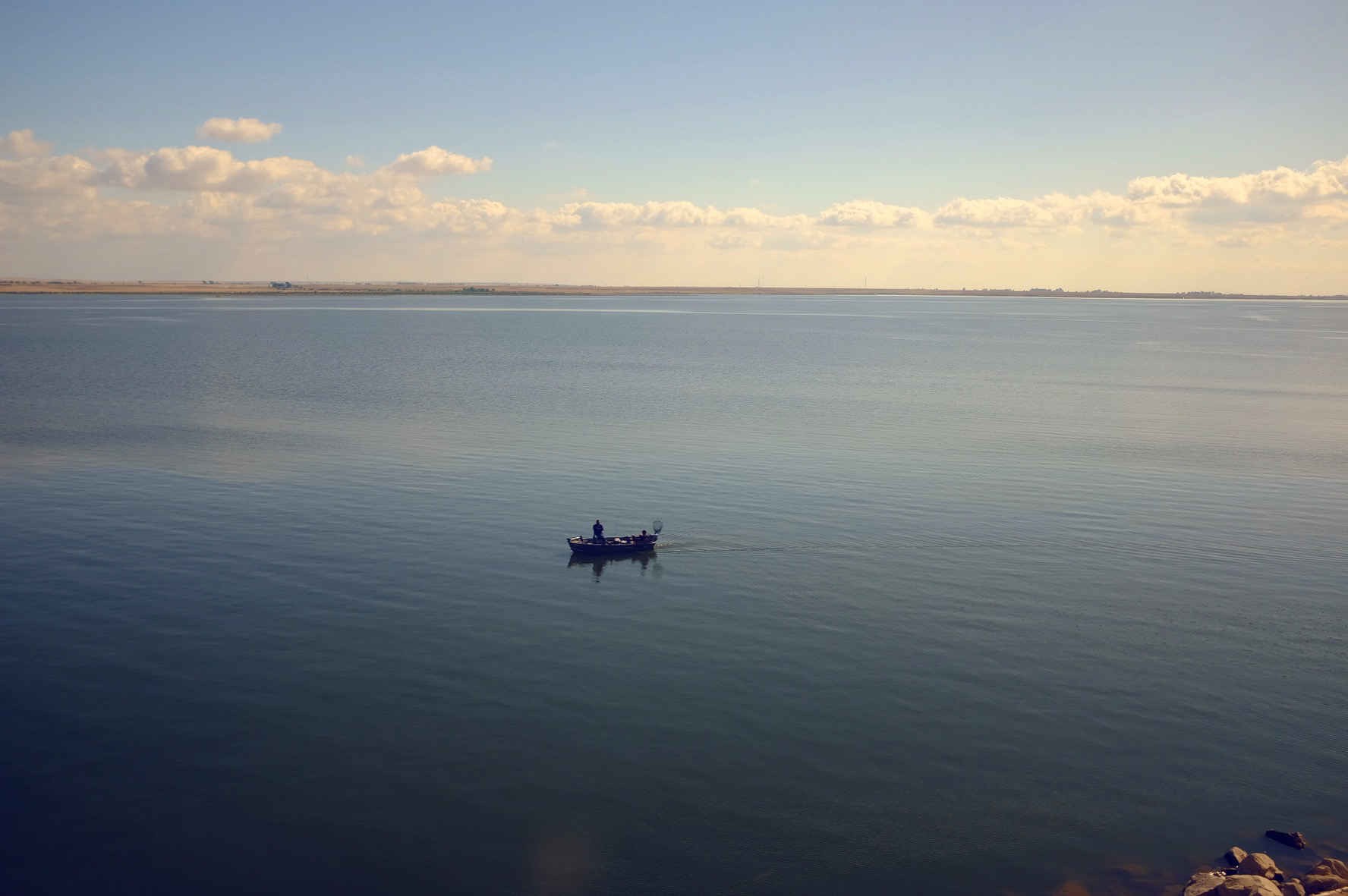 We hit cell reception again. I check Maps and indeed, we are in Kansas. WhatsApp messages from my girlfriend come buzzing in. We are both watching Dear White People and neither of us have the internet to sustain a livestream while calling at the same time, so we schedule a time to watch the episode while doing live commentary via text chat. We want to do a marathon to finish the second season today. She asks me for a time when I’m free.

Time? Free? Those concepts have been long lost once I found myself in the Black Hole that is America’s railroad. 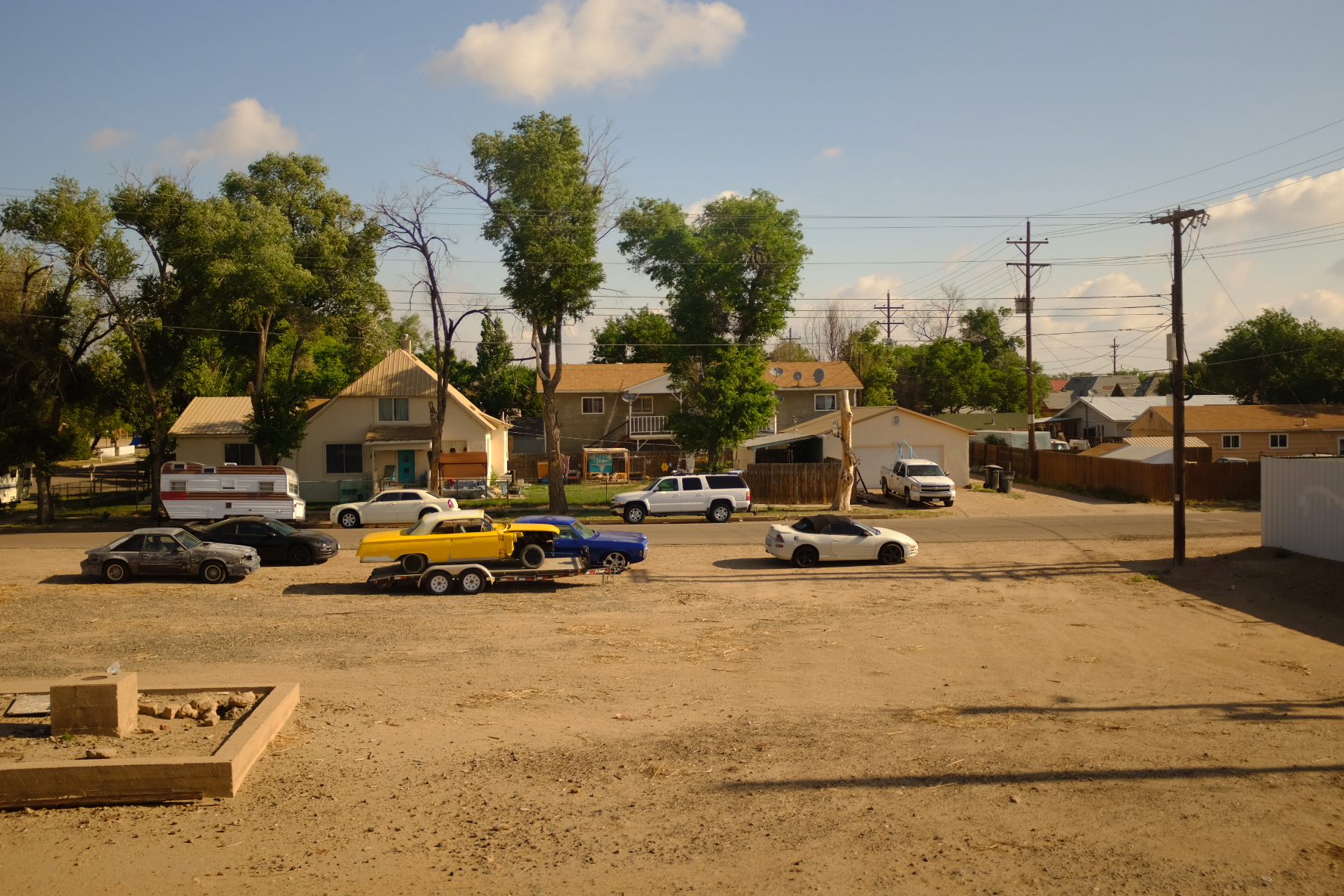 America’s railroad is the fabric between the crusty loops of the rust belt. You amble between gleaming cities with pristine glass skyscrapers and trailer parks set in automobile junkyards next to abandoned factories. You find miners forced into retirement and Boy Scouts making their way out to New Mexico for a backpacking trip of a lifetime. Some people have destinations. Some people are traveling to travel. Slowly you learn to let go and surrender all control to the 400 tons of locomotive pulling your Superliner coach helplessly along.

Sometimes, there are moments in life when you are pulled helplessly along. Sometimes, there’s nothing to do but to relax when there’s no fight in you and no fight left to fight. Sometimes, you just watch the Rockies roll past you as you wind between them on the Santa Fe railroad. Before the railroad, I was checking the USCIS website for the status of my immigration documents every five minutes. I was even writing a program in Scala to compulsively check the status of my immigration status and text me updates every hour on the hour. As constant internet access became a thing of the past and every moment passing me in the window felt like a fleeting landscape painting that must be enjoyed, uscis.gov fell to the wayside. I looked out my window at the cattle grazing on a ranch just Northeast of Albuquerque and learned to relax. 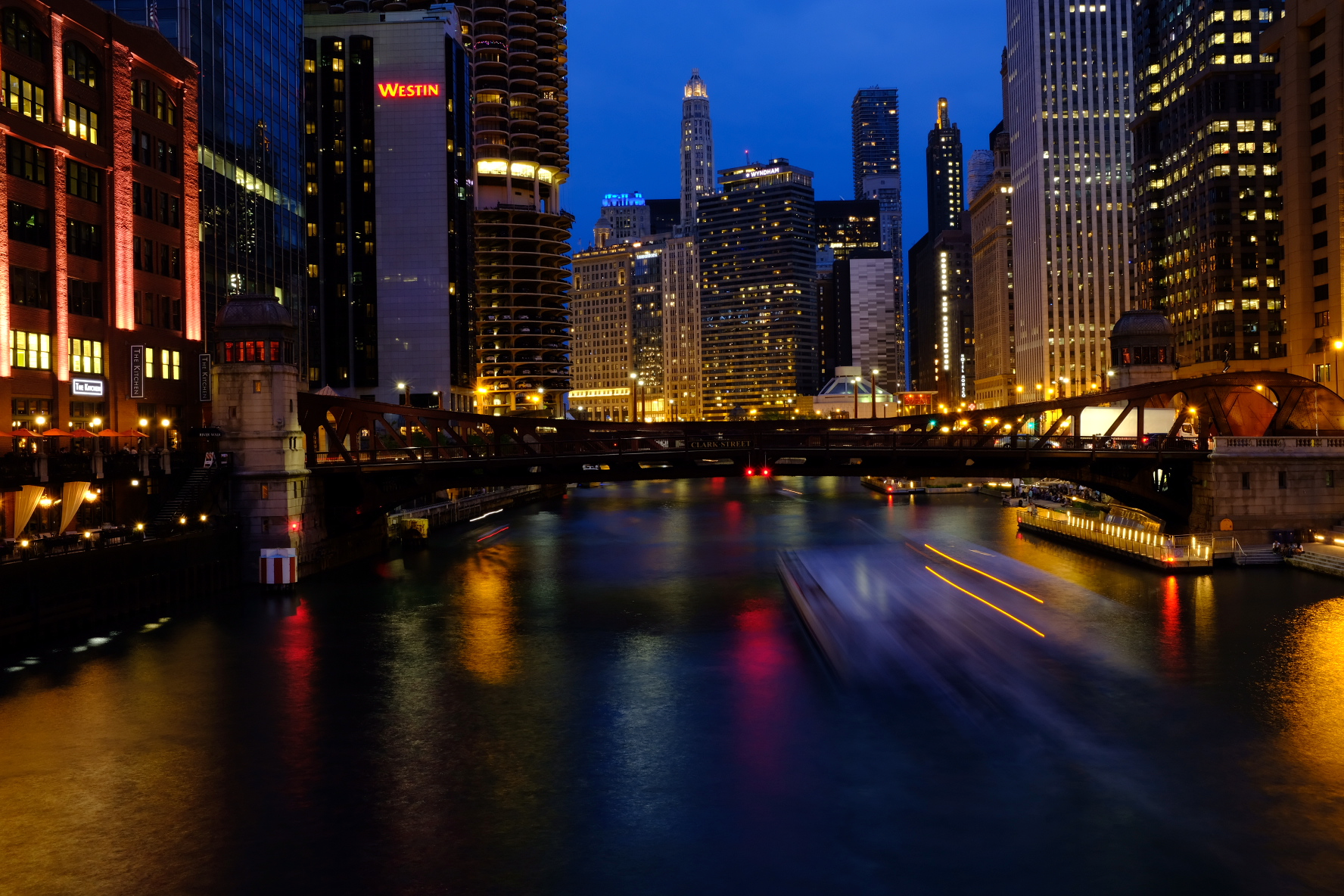 This is Chicago, not LA.

When I reach Los Angeles, I’ll hop on the Metrorail and skirt past cars sitting in traffic. Cars full of people desperately trying to get somewhere, somehow thinking that honking will magically cause traffic to dissipate. For now though, I’ve learned that sometimes, when you’ve done everything you can to fight, it’s okay to go with the immovable forces that push you along. It’s okay to admire the scenery even in the uncertain tumultuous waves throwing you around like a little dinghy in the ocean. Sometimes, it’s okay for time to dilate. It’s okay to sit unmoving, reading in your little coach-class seat for a whole day before realizing that the sun is about to set. Amtrak has taught me that it’s okay to surrender to the locomotive and to know that no matter what I do, some things are outside of my control.