A recount of how Taiwan's civic tech community responded to a disaster.

Yesterday, tragedy struck Taiwan. A passenger train traveling down the East Coast derailed. 18 passengers lost their lives and over 100 were hospitalized.

In times of chaos, it’s incredibly important that the public has access to accurate information. Families need to know about the status of their loved ones. Members of the public need to know how to contribute. 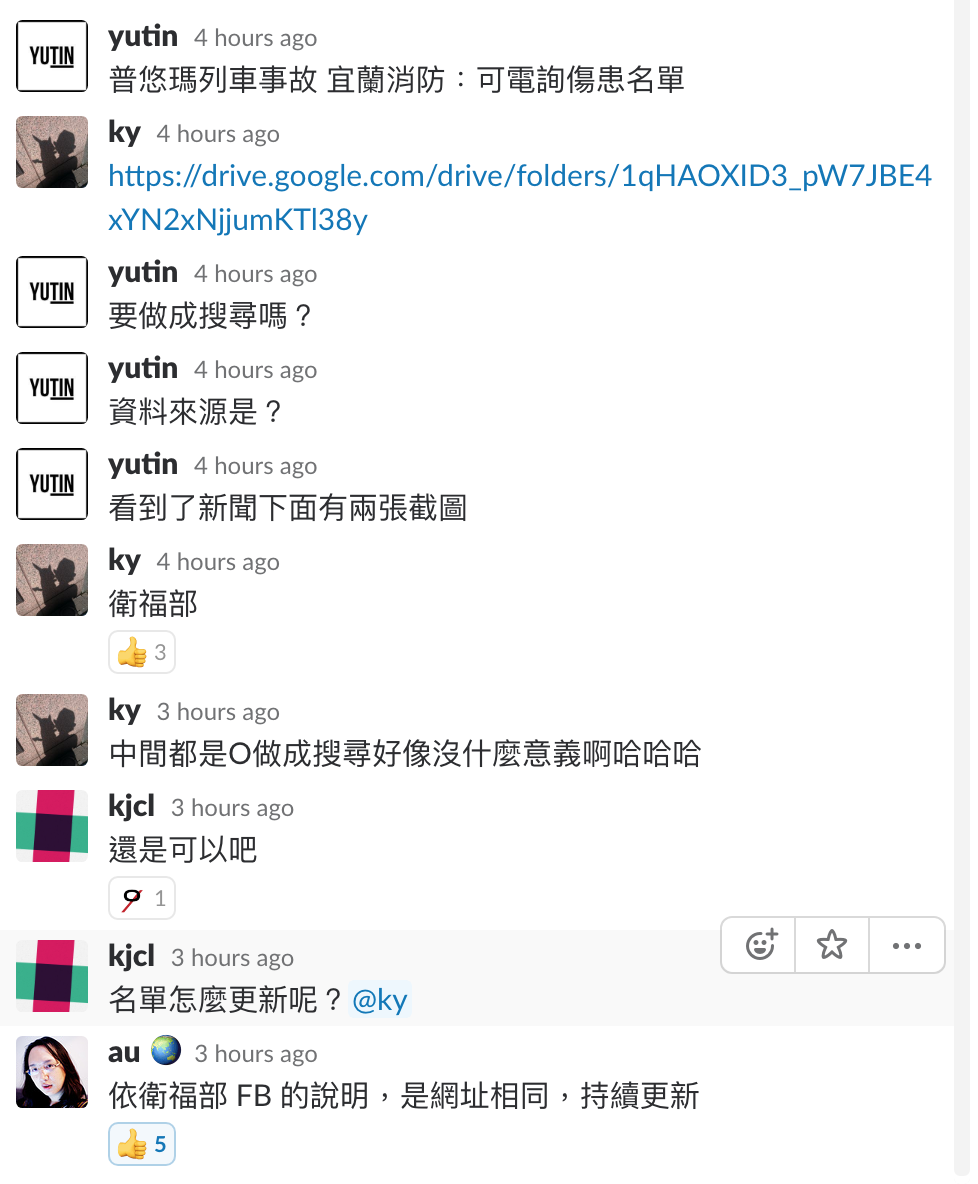 At around 6:45pm (two hours after the derailment), a thread popped up on the g0v Slack. g0v (pronounced gov-zero) is a network of civic hackers and activists in Taiwan. People started floating different ways to help. Someone created a hackpad for us to centralize resources on.

People started pitching in. Some offered to debunk fake news stories that were being circulated. Multilingual folks were translating news into English and Japanese. Others with coding expertise, like myself, volunteered to connect the public to data sources that were being publicized. The Ministry of Health was publishing a manifest of the injured and where they were being hospitalized. It was published on a Google Drive link that was periodically updated but was difficult to parse. 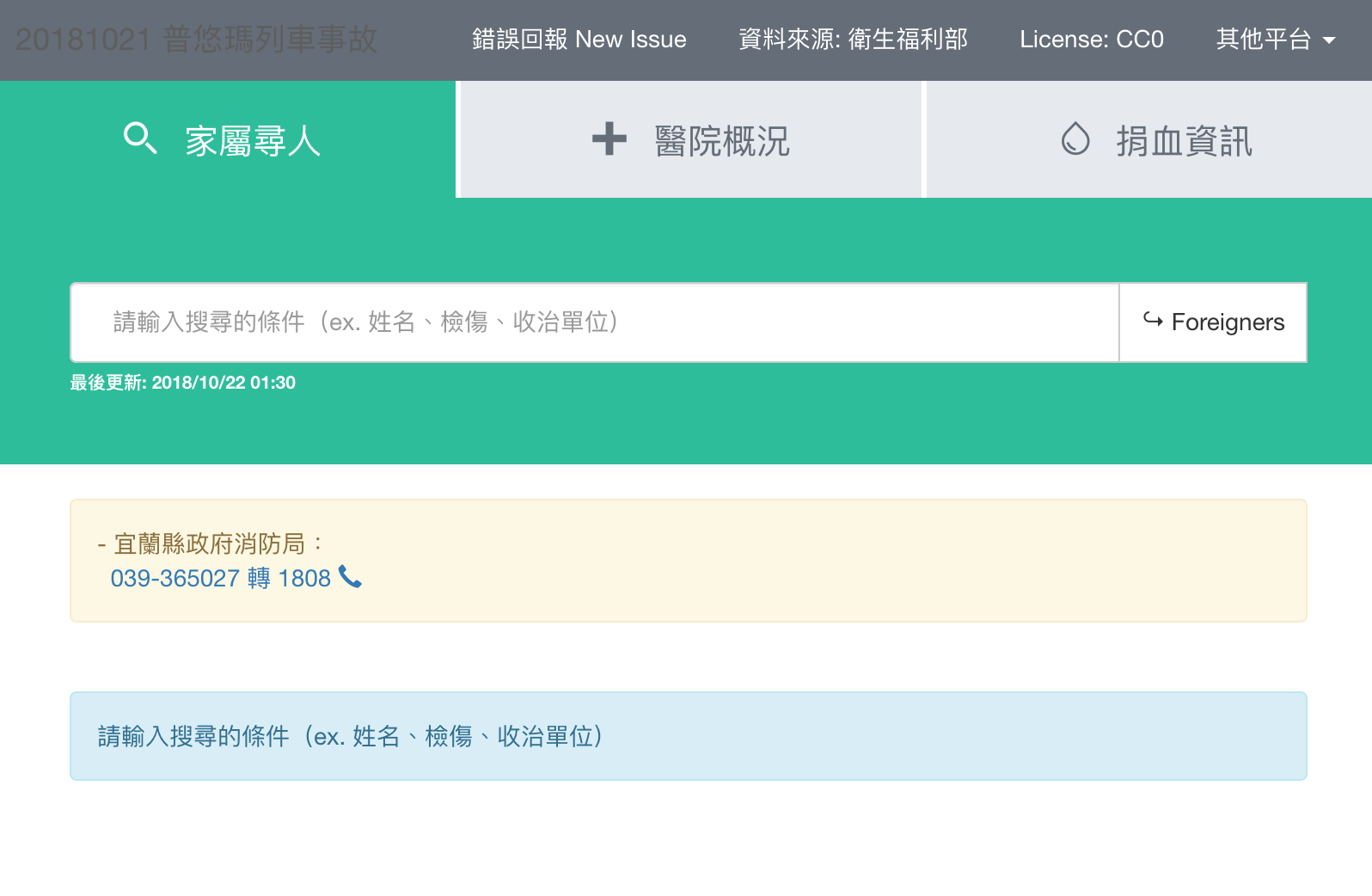 The search engine that g0v volunteers came up with for reuniting families.

Working with another volunteer named @yutin, we re-deployed a previously written static site for searching through lists of injured people to GitHub Pages. The only thing left to do was populate it with data. We needed to turn the xlsx sheet that the government was updating into something that the public could understand. @yutin and I each built different parsers for the data, one written in Golang and the other in JS. We’re now periodically checking the government’s official passenger manifest and re-parsing the data to make sure our search engine has up-to-date information.

The end result? The public now has access to a disaster information hub that was entirely volunteer-compiled. Everything from local folk offering accommodation options to families of survivors to search engines so that families can be reunited. All this came together within 5 hours of the disaster striking.

Information on where to donate blood.

While I’m absolutely devastated by this tragedy, the way that g0v responded gave me so much hope. A group of ordinary citizens banded together to create tools to help other ordinary people pull through a tragedy. There’s a lot in the news that makes me upset, but this was a reminder that there’s always more you can do to help.